One of my first attempts at dyeing with plant matter I had foraged (as opposed to bought or smiled sweetly at my veg box delivery man for) was the leaves of wild carrot, or Queen Anne’s Lace, back in March. I remembered Julia saying that plants of the carrot family yield dye, so when I saw lots of plants with leaves that reminded me of carrots growing on the public golf course where I walk the dog, I decided to gather them and have a try. And I got yellow – a very vibrant yellow due to the sheer weight of goods: 280g of wild carrot leaves to 29g of alum-mordanted wool yarn. It also gave a good mossy green when modified with iron.

Afterwards I got nervous when reading about the plant’s similarity to hemlock, since I dye in my kitchen, but was reassured that the stalks are rather different and it wasn’t that which killed Socrates that I’d been pulling up with my bare hands. Getting stung by a nettle that was lurking amidst the wild carrot was as fatal as things got.

In mid-May, these plants that grow so abundantly near where I live started to flower, and so I wanted to try dyeing with it again, but this time with the flowers, the source of the alternative name Queen Anne’s Lace. 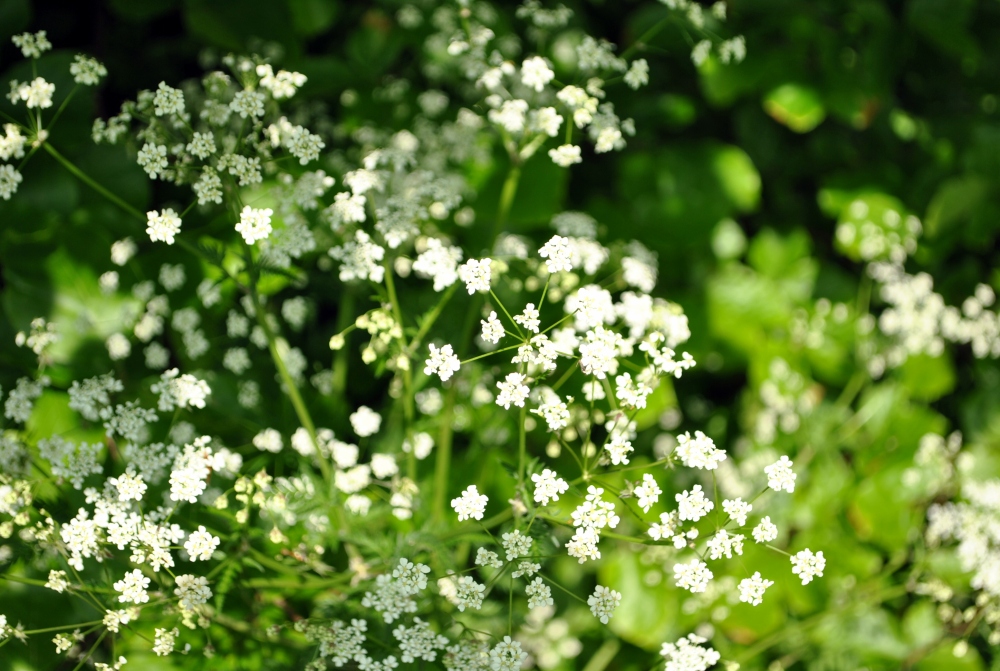 I waited until the end of the month when they had grown big and tall, and went out (with secateurs and gloves this time) to lop the tops off the occasional plant growing along Garscadden Burn. There are a lot of them! Nevertheless I still try not to take too much of anything from one plant or from one area. 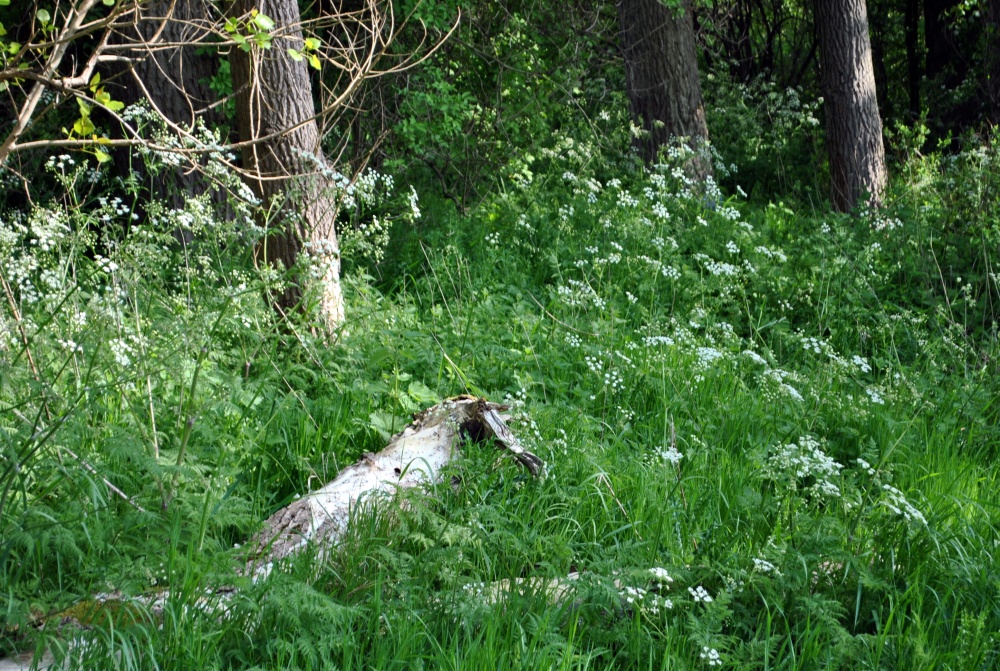 I had 300g of flowers, which I used to dye 53g of alum mordanted wool. The flowers were soaked in boiling water for several hours and then simmered for 2 hours. Once the wool was introduced it was simmered for an hour. 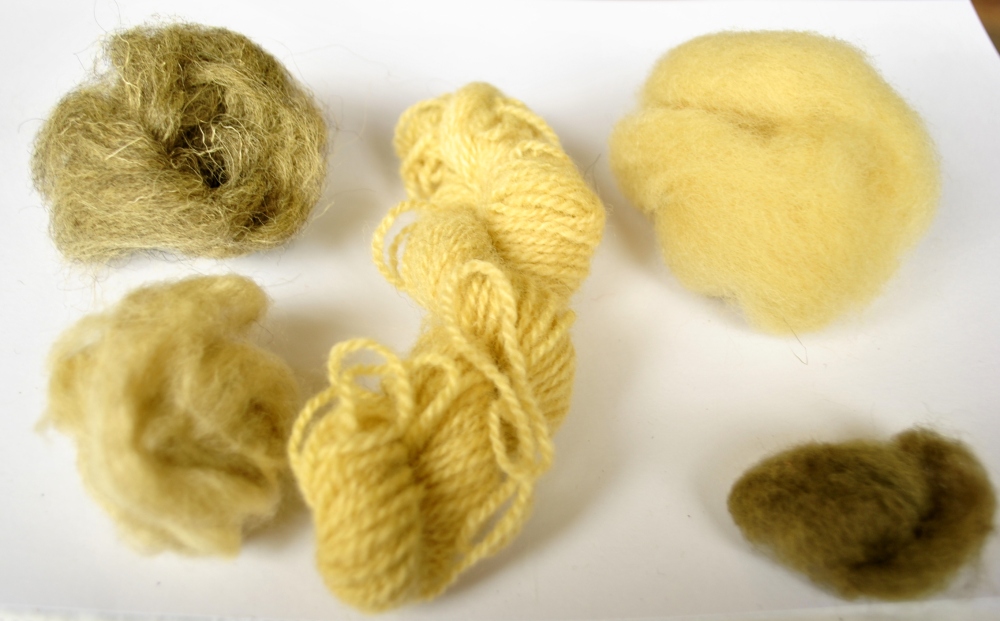 The result was a pleasant yellow not substantially different from my earlier attempt with the leaves, although slightly paler, which could be down to the lower ratio of dyestuff to weight of goods rather than being flowers rather than leaves.

I took the photos of the results today, about two weeks since the gathering and the photos above. The Queen Anne’s Lace flowers are yellowing and drying out now, and for some reason it seemed important to post about them before they die completely for this year.